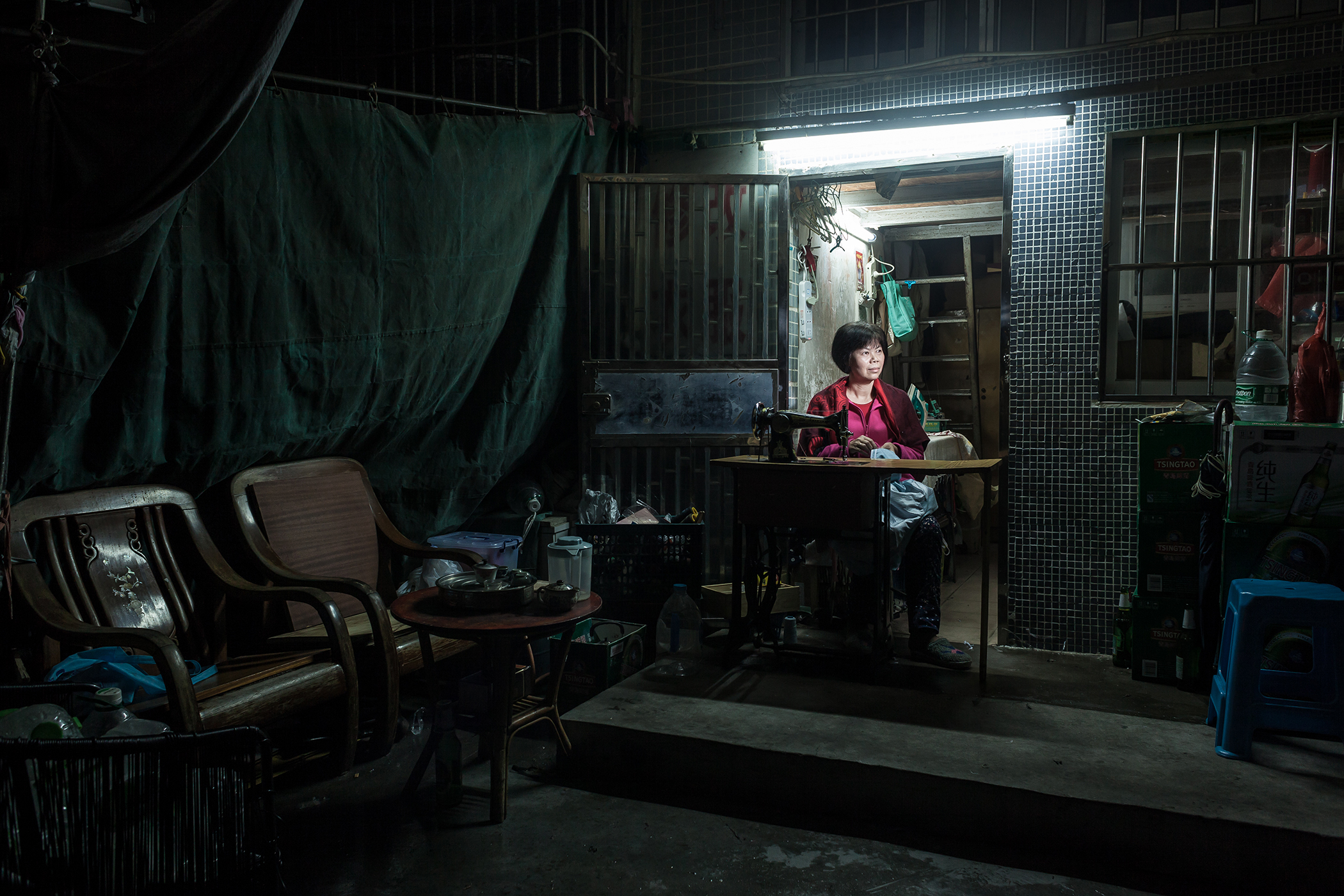 During my recent stay in China I came across this woman who sits outside of her flat all day and often into the night sewing by her front door.  As one of several local seamstresses she seems to keep quite busy working from her home.  I really wanted to make a portrait of her but not speaking Mandarin kept me from trying to ask her for quite some time.  Eventually I asked a friend to come and translate for me and we arranged that I could photograph her.  Whether my intentions were communicated properly or not I’m unsure but once I set up a light and had taken several photographs she decided that she was done.  I managed to shoot three frames with my flash and a total of seven frames including plates.  I’m not sure if it was just the production of the whole thing, the small crowd gathering or that she wanted to leave and get dinner but the shoot was over before it started.

Technical Notes:  Lighting was a Profoto Acute 600B with a gridded 7 inch reflector placed just to the right of the sewing table and focused on the subjects face.  Camera was a Canon 5D Mark II with a 28mm F1.8 USM lens set at ISO 400 @f5.6 & 1/8th of second.  The camera was locked down on a tripod and triggered with a cable release in live view so as not to move the camera at all.  I set up for this portrait knowing that my light would be in the shot and I would need a second shot to composite the light out in post. My first concern was shooting a shot that had the right amount of ambient light.  I used my camera’s internal meter to get a good starting exposure and checked in live view to make some minor adjustments from there.  I then made a guess as to my flash power (based on past experience), took one shot made a quick adjustment to the flash power and then got started directing my subject….which is about when the shoot ended.   I then made a couple shots with my light pulled out of the frame so I would have them for plates to composite in post.  The compositing is done easily enough by putting the two photos as layers into one file, creating a layer mask on the top layer (shot with the light) and painting the light out with a soft brush at lower opacity.  If the camera never moved from shot to shot then it is a very smooth process.  Below are the two shots I used to create the final image.

One thought on “A very brief portrait shoot in Zhuhai China”

This site uses Akismet to reduce spam. Learn how your comment data is processed.