Culture is defined by Anthropologists as the learned patterns of behavior and thought that help a group adapt to it’s surroundings. My work is both a study and interpretation of individuals who participate in the driving culture of the greater Los Angeles region. The space that these individuals inhabit while participating in this cultural behavior exists in a public space that also has a certain amount of perceived privacy. This perception serves to shield a vehicles occupant from the surrounding public arena. By highlighting the occupants and interiors of vehicles I bring normally private moments into the public space that surrounds the zone of an occupied vehicle. This is an effort to create portraits of an extensive and permeating culture that has a large group of members but often has little communication, interaction or bonds between individuals. 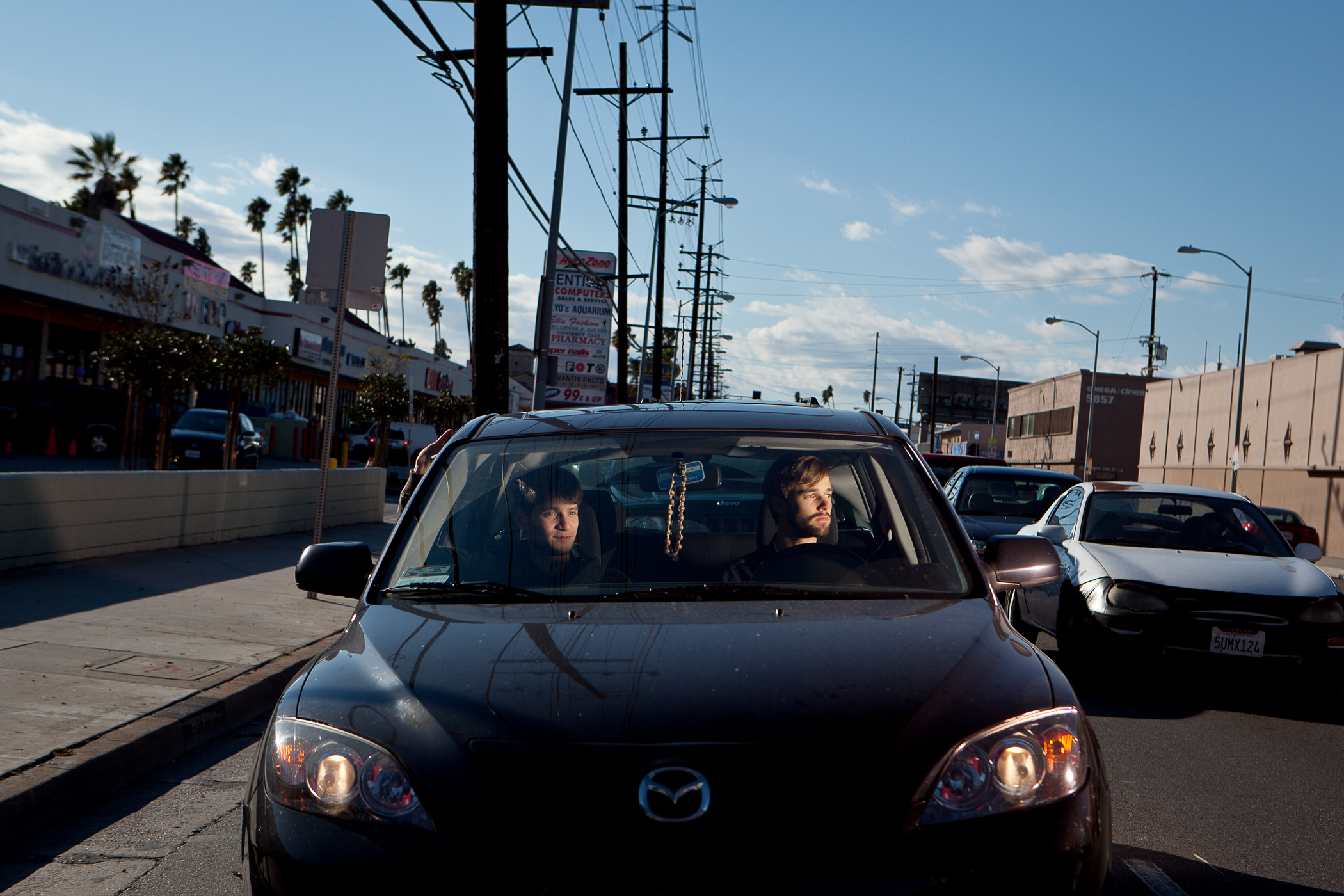 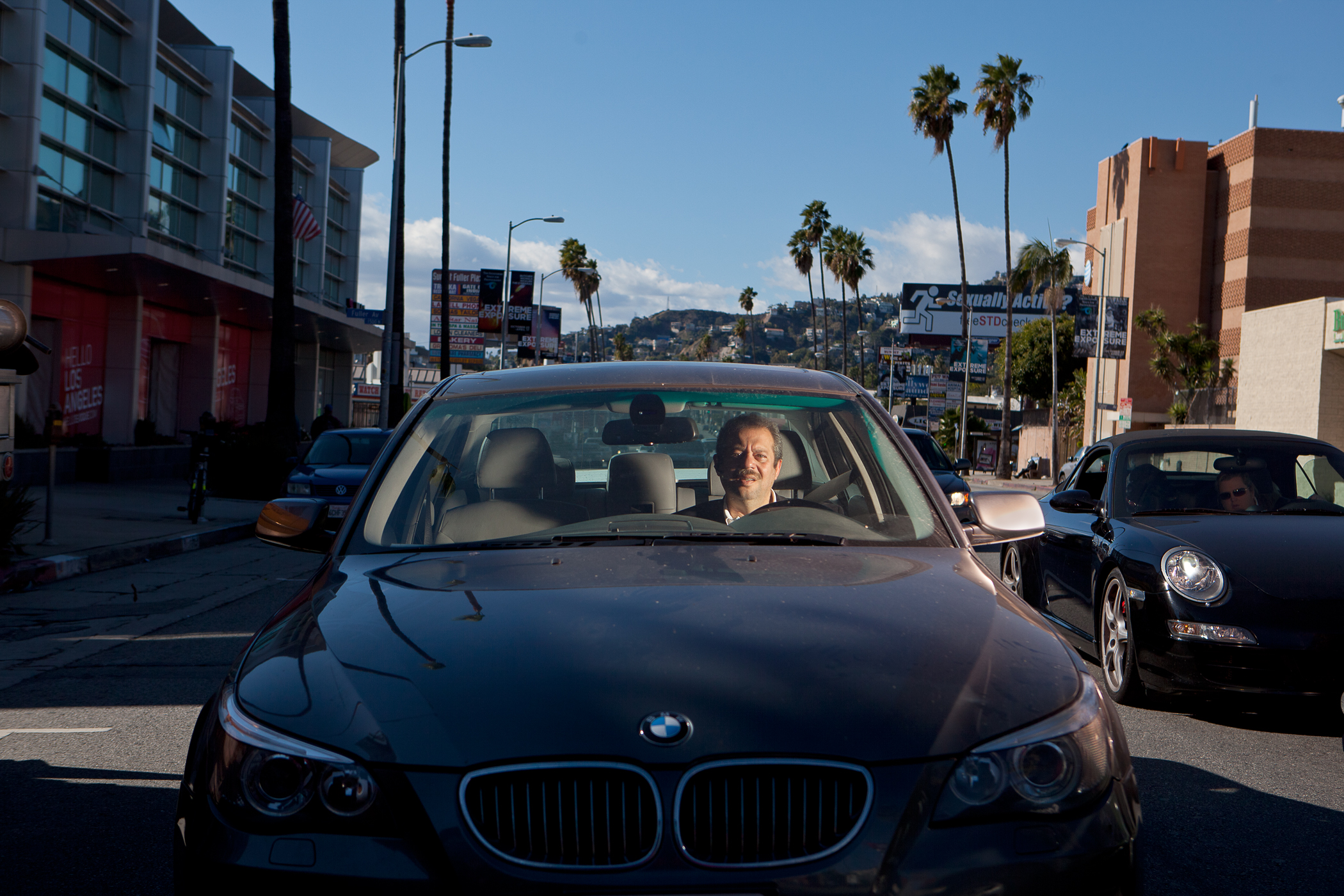 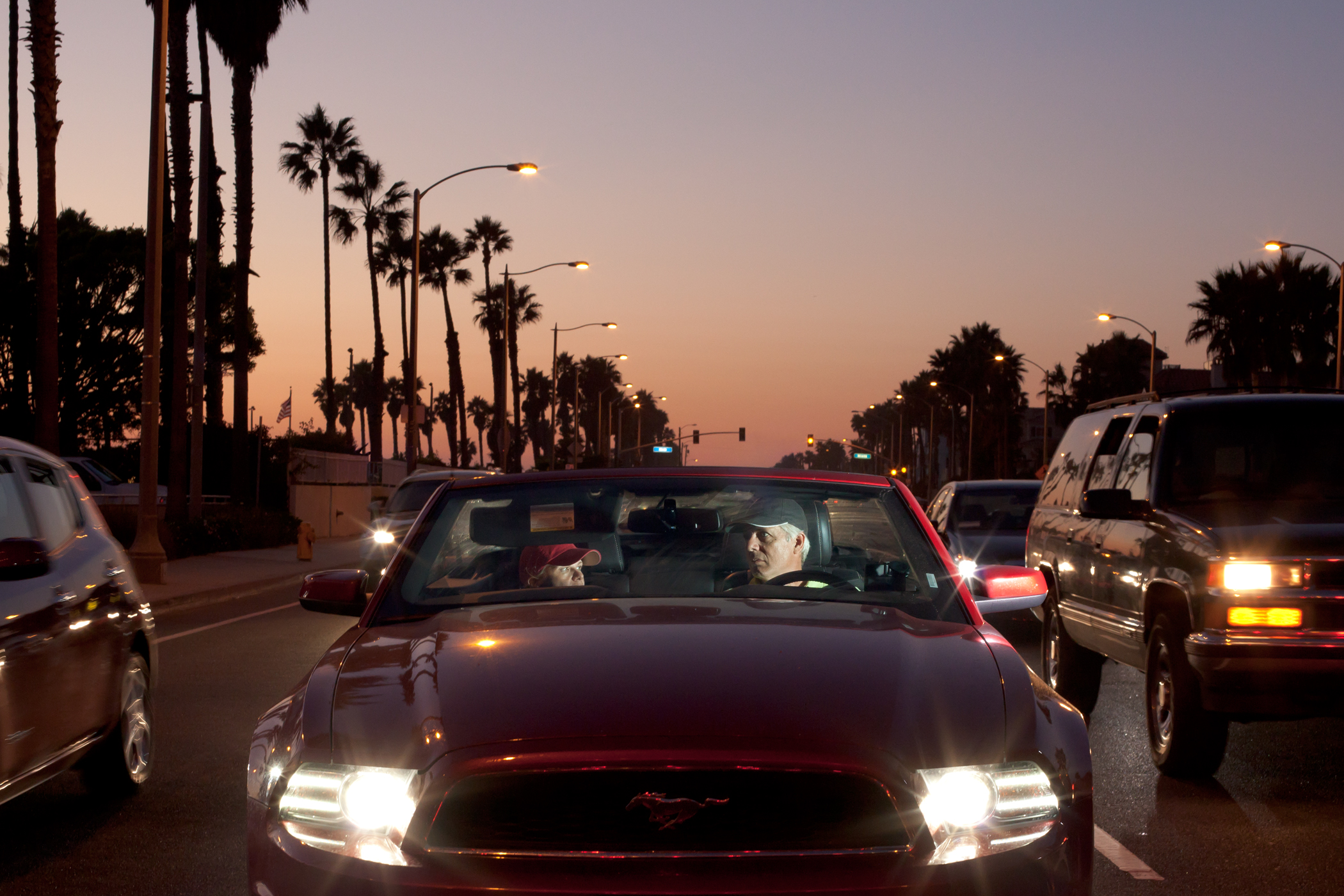 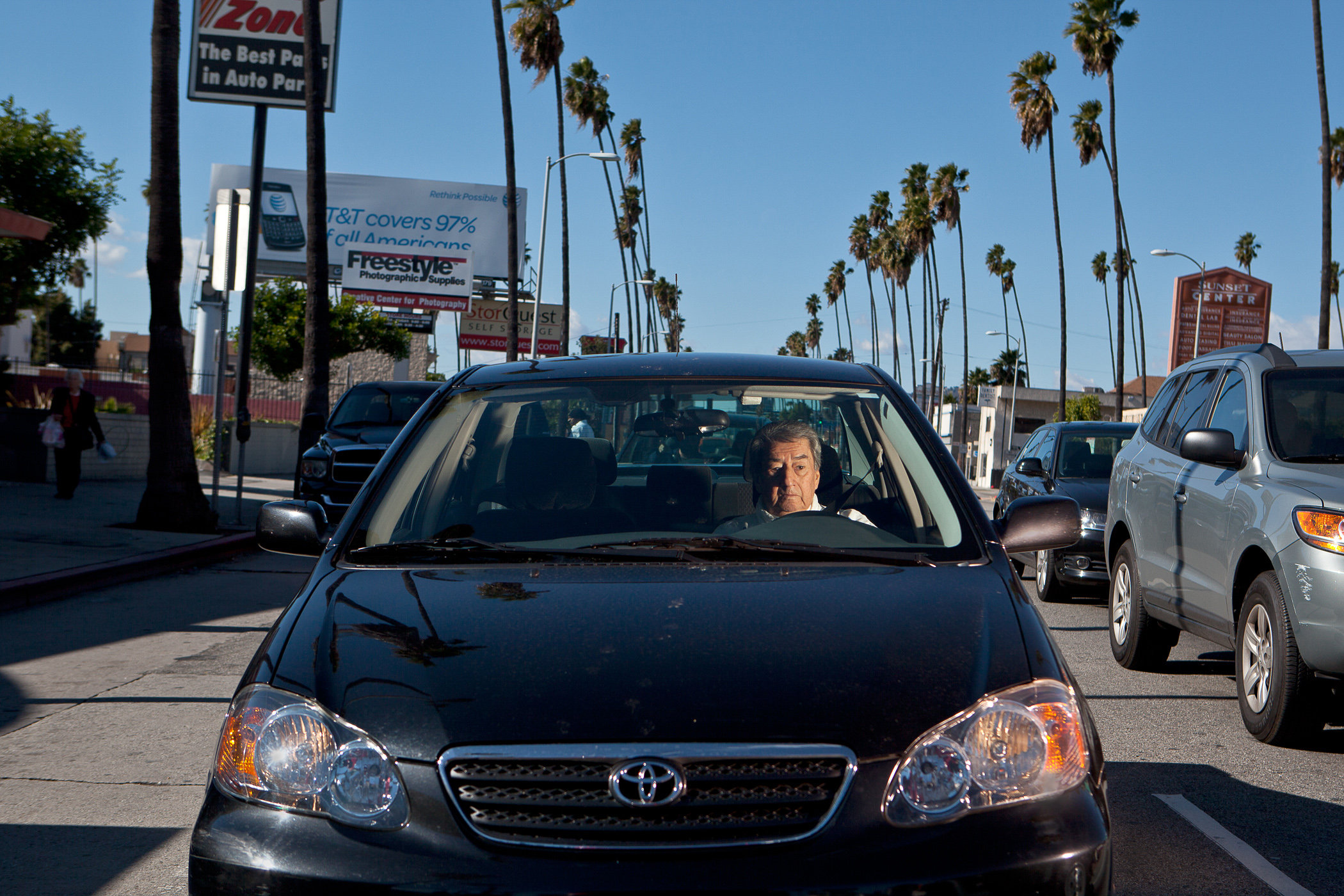 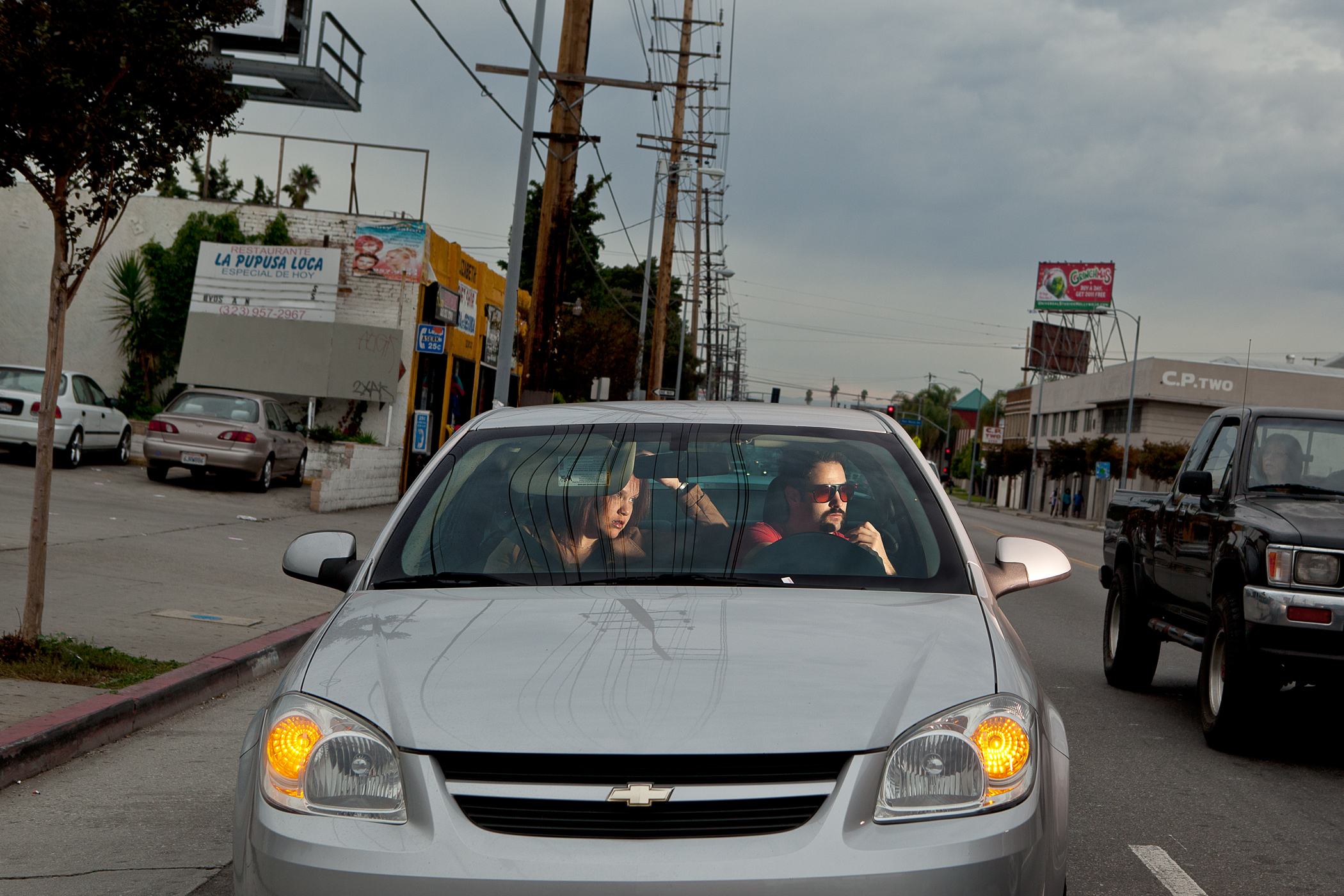 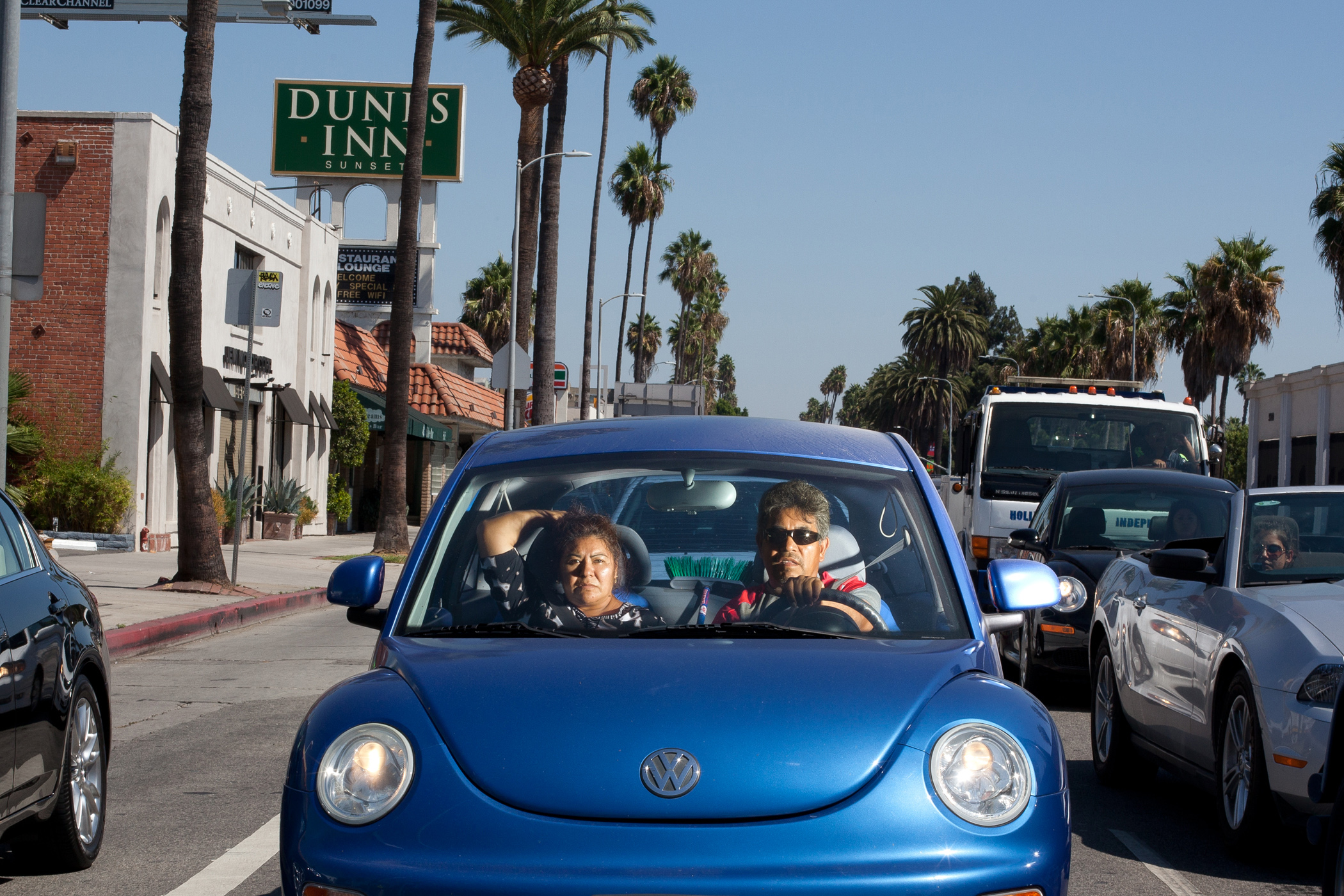 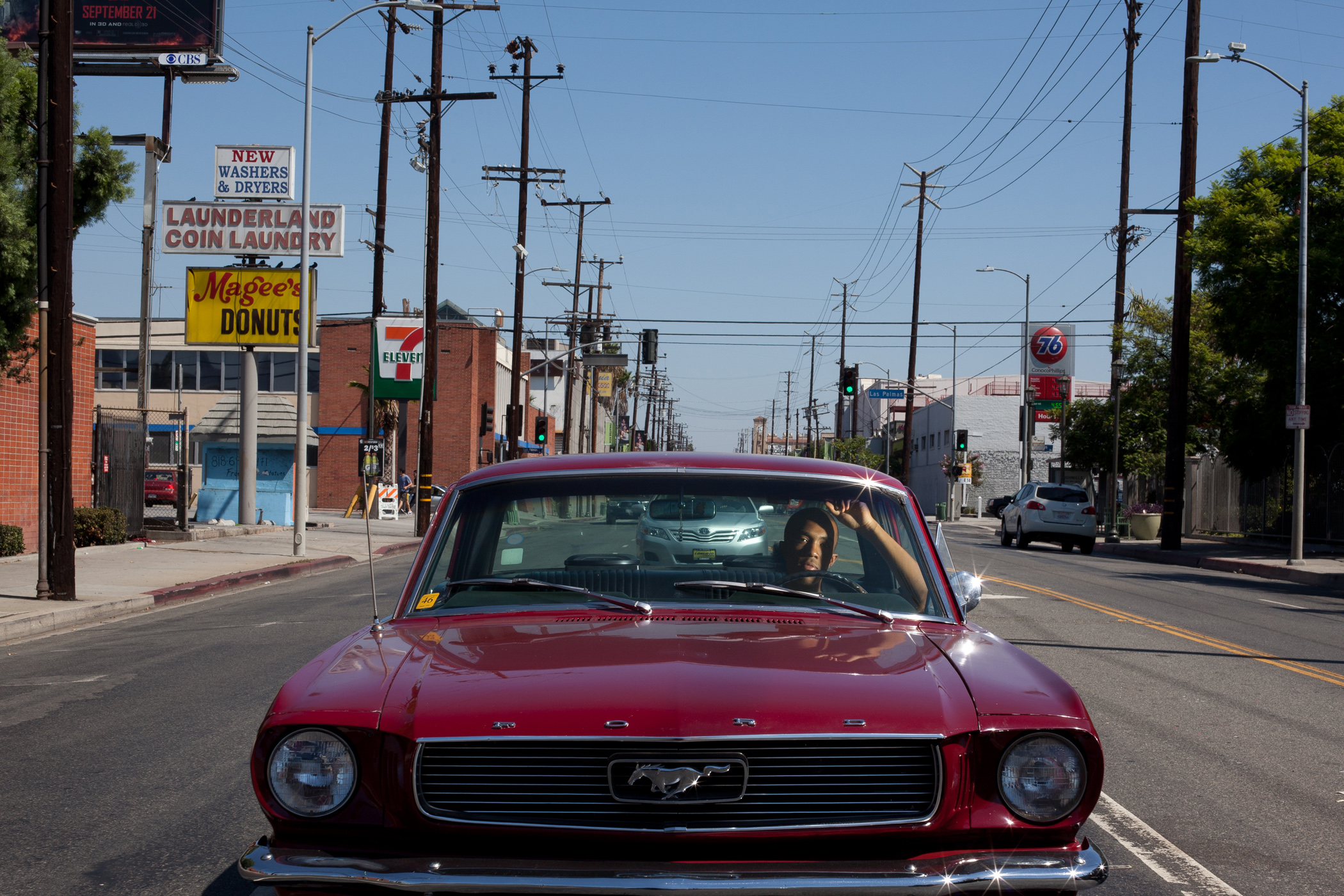 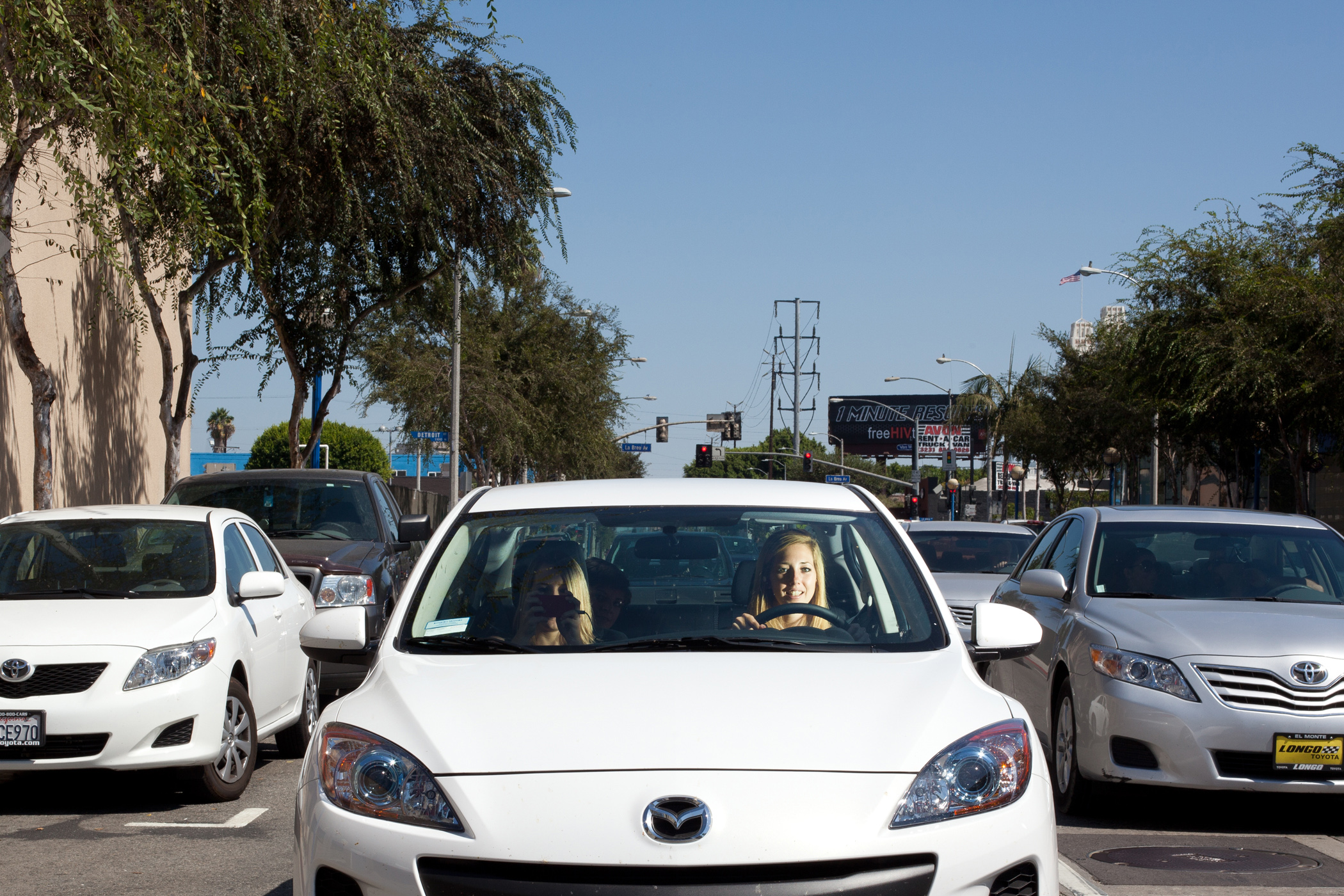 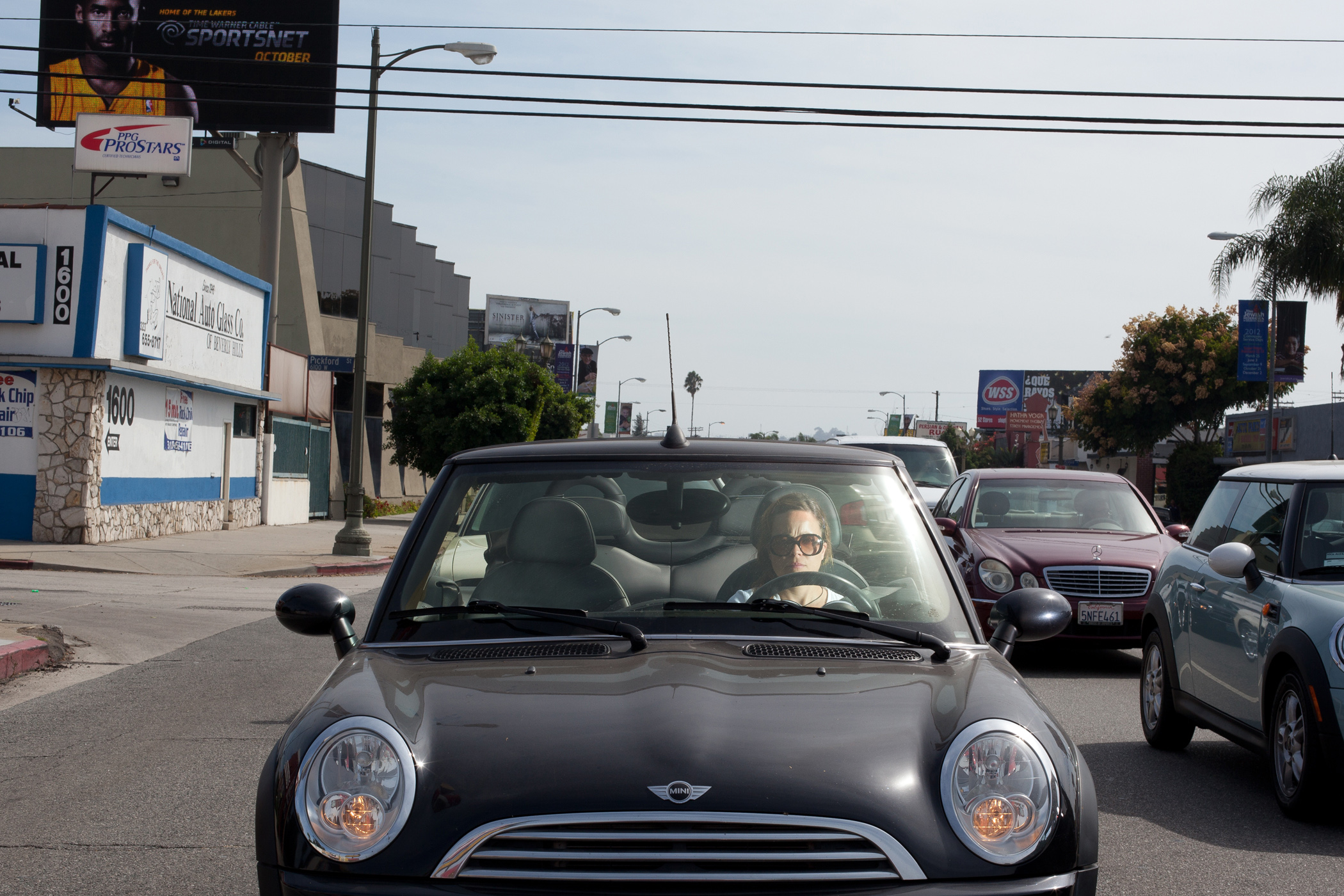 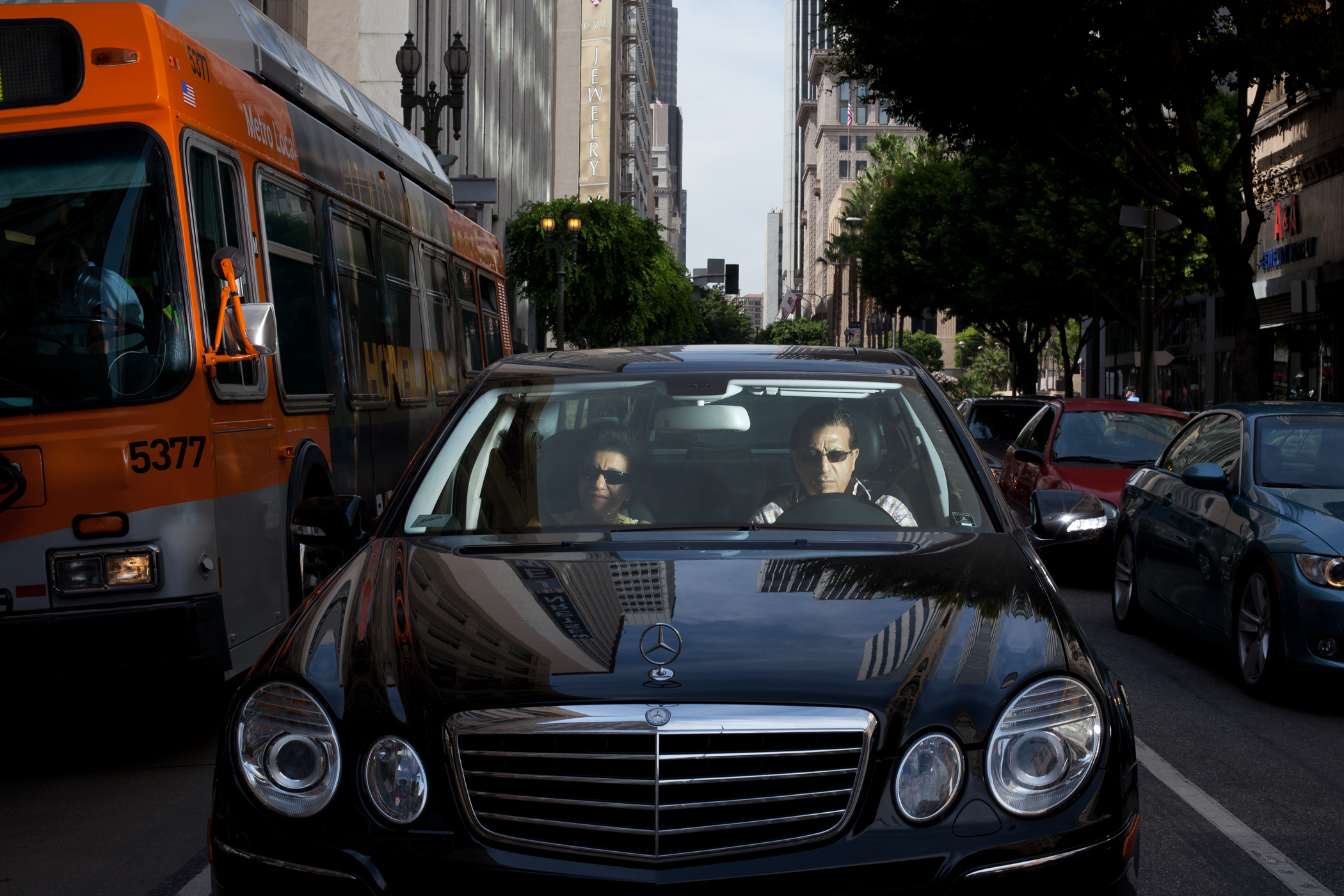 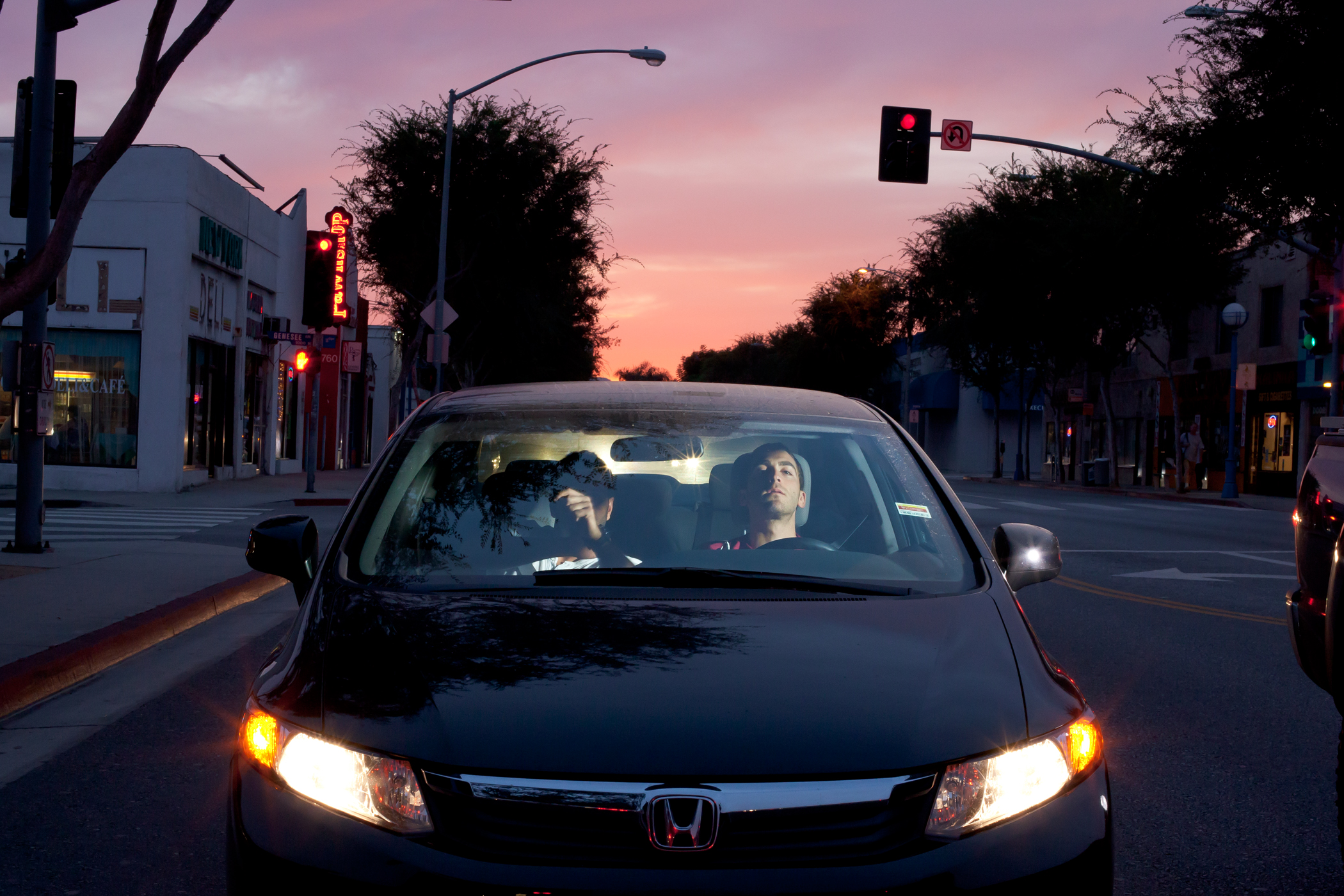 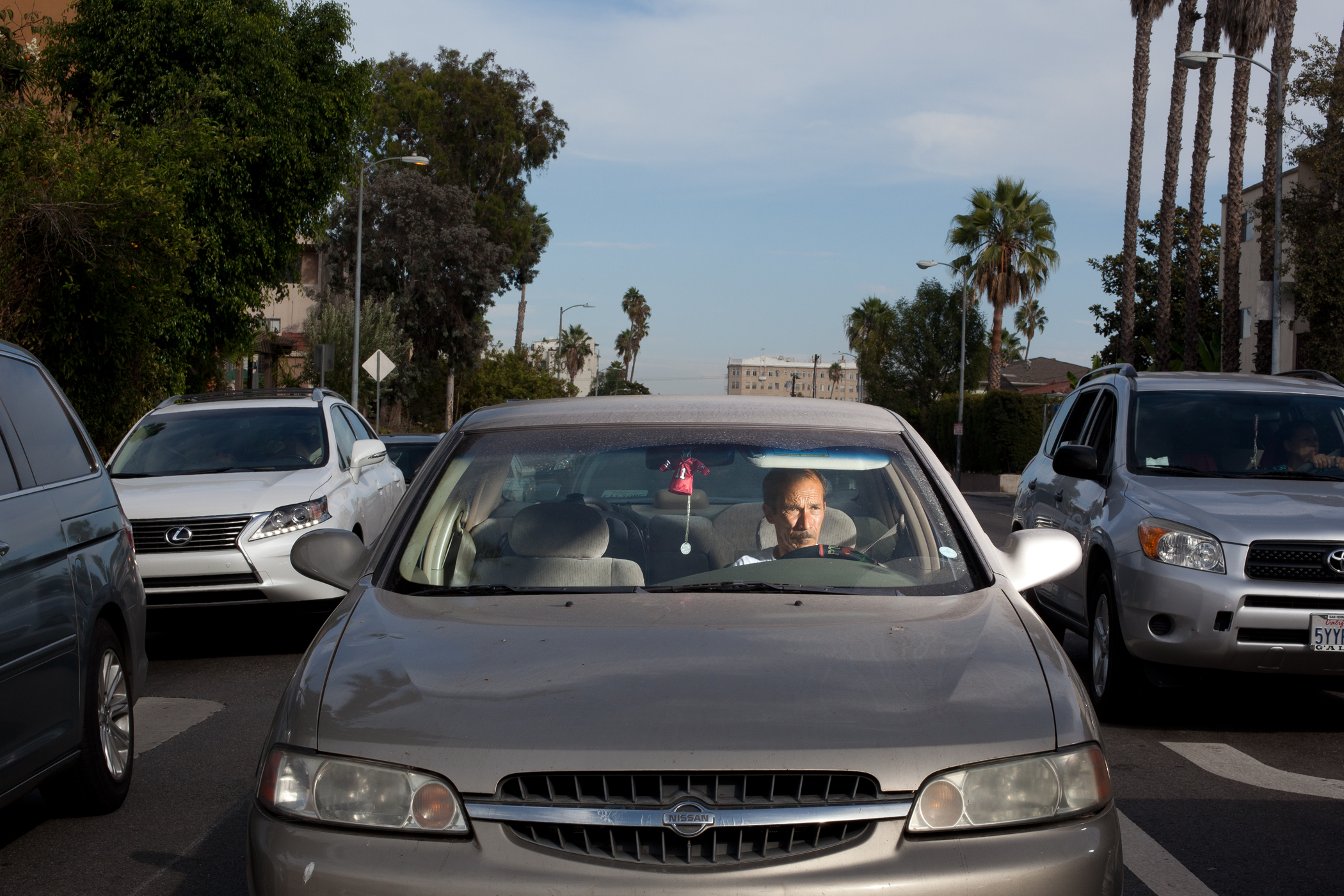